Austria In A Nutshell

Cycling in Austria involves climbing. Unless you cycle along the Danube perhaps. I only did one short 20 mile section of that cycle path (Bratislava to Vienna) and it was the dullest section of that 22,000-mile ride. Given its popularity I assume other sections must be better.

But the rest of Austria is spectacular by anyone's standards and it really doesn't matter where you go.

I also lived there for five years and did loads of cycling in the south-east of the country.

Austria is scenery. Julie Andrews didn't whirl about those hillsides for nothing. 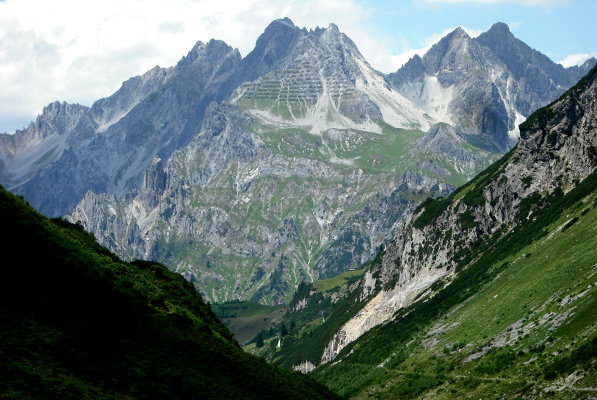 If you get tired of the massive mountains in the central and west ski resorts, head down to the south east, to the Weinstrasse (Wine Street in English, although no one calls it that) that runs close to the Slovenian border south of Graz. The hills are more gentle but no less scenic. 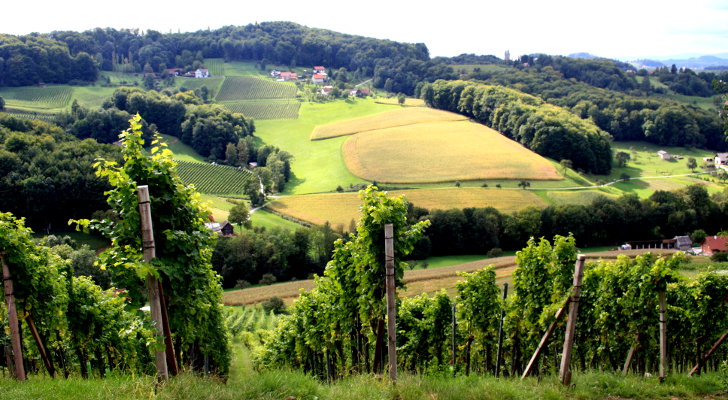 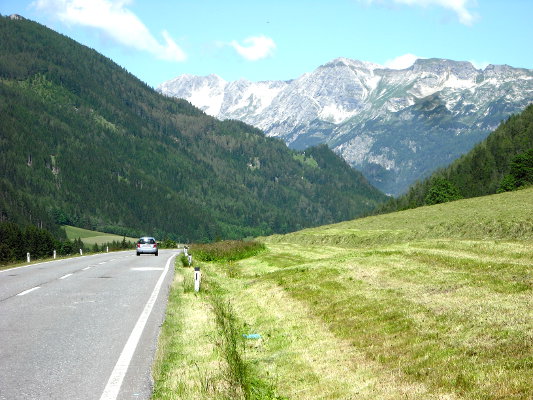 Vienna is expensive but, the capital aside, prices for camping and B&Bs tend to be cheaper the farther east you go. In 2011 I camped four times, twice in the west (average €20) and twice in the east (average €9). In my experience, the expensive sites in the west had less features than the cheap ones in the east. In 2018, the campsite in Innsbruck was €18 while the campsites in the east of the country averaged €12 (ranging from €11 to €13). B&Bs west of Salzburg in 2011 averaged €36. East they averaged €27.

Food and drinks are also cheaper eastwards. Set menus are good value. In the centre of Vienna in 2011 I had a massive Chinese set menu (soup, spring roll, crispy duck, chicken, rice and pudding) for only €11. In the same year at an Austrian roadside restaurant in a small village a couple of days south of there, the set menu (soup, chicken, rice and salad, and a dessert) was only €6.

Although German is the official language, many people speak English in the larger towns and cities. Don't expect this to be the case when you hit rural Austria, especially with older folk.

Germanic cuisine doesn't have a great reputation but it deserves to be better. It might not be very adventurous, relying heavily on meat and potatoes, but it's usually very well prepared and inexpensive by British standards.

If your journey takes you to Styria (Steiermark in German) try a salad dressed with nutty pumpkin seed oil (Kernöl). It looks awful but tastes great.

Reasons To Go To Austria

Where Have You Written About Cycling In Austria?

"I cycled briefly in Austria in 2014, in and around Bad Radkersburg near the border with Slovenia. I thought it was a good place to cycle but you need your climbing legs. I quite enjoyed using my very bad schoolboy German. If you speak to an Austrian in German, he or she will reply in German. I found Germans reply in English." Anonymous