Armenia In A Nutshell

Armenia is the land for cyclists who like hills. Cycling in Armenia is at turns majestic and desolate, it's very affordable and full of friendly folk. But it's sort of at war and so do your research. 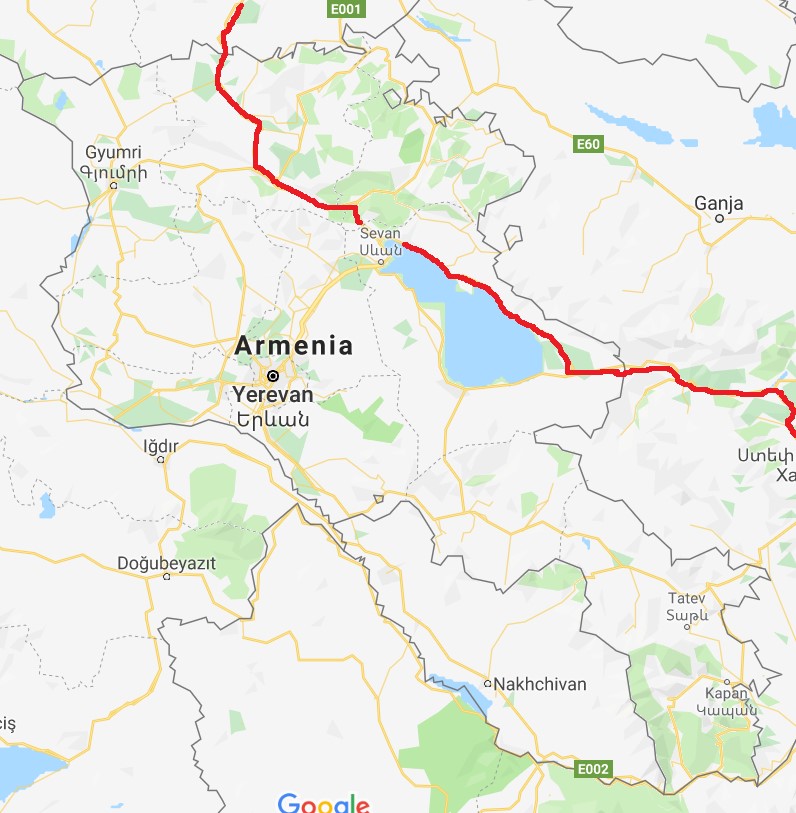 For such a friendly country, Armenia has a lot of problems with its neighbours. One of them is Azerbaijan, which, by a quirk of history and geography, Armenia borders to both its east and south-west. These borders are not open and won't be any time soon. Also bordering Armenia is Turkey, to Armenia's west. That border is closed too. Enter the country via the north through Georgia or via the south through Iran. They are your only options. And if you're a Brit or an American, Iran is a problem too and so Armenia might just turn out to be a massive dead-end, albeit a worthwhile dead-end.

One reason for the animosity is the ongoing conflict over the region called Nagorno-Karabakh, listed separately on this site, a region officially belonging to Azerbaijan but historically mostly containing Armenians, which has claimed an independence that hasn't been recognised by anyone. The troubles have been going on since the USSR fell apart. Technically there is a ceasefire but it is repeatedly broken, during which a few tens of soldiers and/or civilians end up dead. The UK Foreign Office warns you not to visit Nagorno-Karabakh under any circumstance but see its listing on here if you're interested, because it is very interesting.

Armenia's marketeers promote the country's tourist worth with the slogan "The Land of Stones". Yes, I know. Maybe it's time for some new marketeers. That said, at times it feels like an accurate description, especially in its craggy south. But it's also much more than that. The scenery in the north is at times Swiss or Scottish. North and south the people are lovely. I'd propose "The Land of Smiles" if it hadn't already been nicked by Thailand.

Adopted by a family near Lake Sevan

You're gonna need your legs. Cycling in Armenia is hills all the way and they are big buggers.

Although I didn't use my bike to reach the capital Yerevan, it's well worth a visit, but I can't comment on surrounding traffic conditions and suspect they might be a little unpleasant.

A scene from the north

Armenia's roads are perfectly adequate. Please see what I wrote about tunnels on the Georgia page - you'll almost certainly have had to come through Georgia to get to Armenia - because the worst one of my recent trip, a 2.5 kilometre beast near Semyonovka, was here in Armenia. (The map clearly shows a way to avoid it. I wish I'd looked at the map before going inside.) 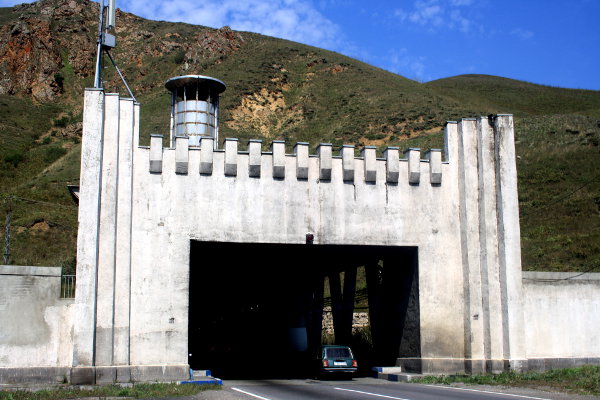 Armenia has a smattering of campsites although I didn't see any of them on my short visit and so I can't tell you what to expect.

Hotel and guesthouse accommodation was more expensive than Georgia for the same quality or lack thereof but still cheap by Western European standards. And prices showed a remarkable consistency, for my visit at least, when each of my four hotels cost €20, whether that was a proper hotel room, a B&B or a ramshackle portacabin beside a large lake.

Like Georgia, this is another alphabet with its own unique script, one mostly unrelated to Georgia's. And if you're planning on learning some Armenian before you go, make sure you get the right one. The American language people Pimsleur offer both Eastern Armenian and Western Armenian courses. I don't know the differences or similarities but presumably one is more useful than the other.

Learning a few words of Russian will help with older folk.

Armenia's having neighbours is not going to be so useful to you here, since most of its borders are closed. You can visit Georgia and Iran, but you cannot cycle to either Turkey or Azerbaijan. Well, technically speaking, you can enter Azerbaijan, but only the bit that Azerbaijan has lost control of, otherwise known as Nagorno-Karabakh.

Reasons To Go To Armenia

Stunning scenery, warm people, a possible onward route to Iran, the gateway to Nagorno-Karabakh (but beware!)

Where Have You Written About Cycling In Armenia?