Bosnia In A Nutshell

Bosnia and Herzegovina has some of the most beautiful cycling in Europe, it has a wonderfully atmospheric capital albeit with some chilling recent history and it's cheap. Bosnia is still recovering from the war in the early '90s. Bring your bike and a few quid - you won't need loads - and help them recover. 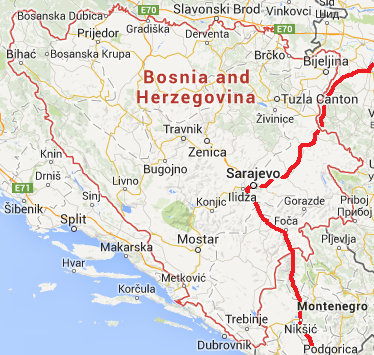 I only saw a small corner of this country. This is one place to which I'd love to return and explore more.

The country is still littered with land mines and many old, derelict houses are booby-trapped. Don't go off the road or exploring knackered buildings for an interesting photo. Wild camping is definitely not a good idea. Mines may be where there are no warning signs. During floods, mine fields and/or their signs get washed away. 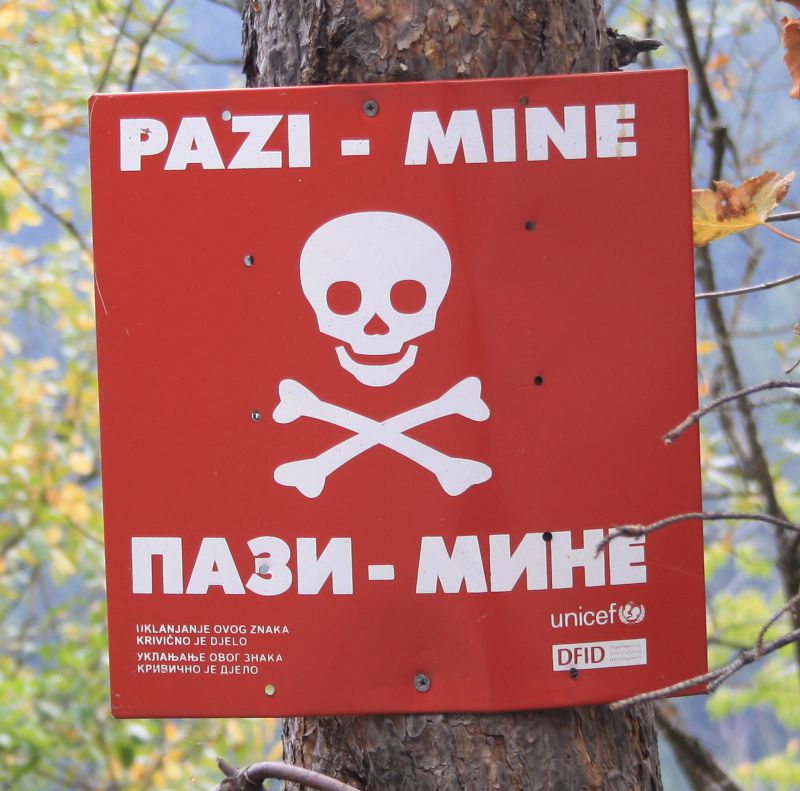 Look at a relief map of Bosnia. It's all mountains, even around Sarajevo. It didn't host the 1984 Winter Olympics for nothing. This makes for some very attractive if tiring cycling. 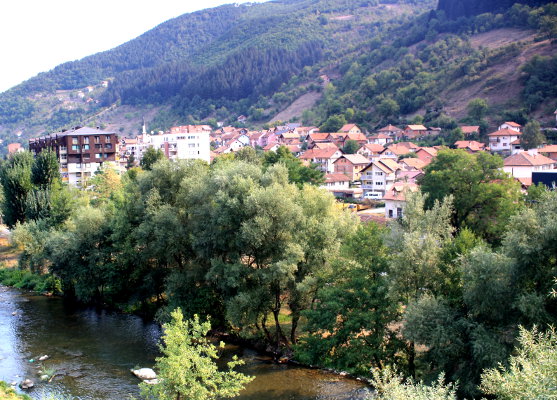 The roads are generally fine. Occasional sections are less good. (The first section from the Montenegro border was a rough, dirt track.) The tarmac into Sarajevo was low quality, which is more of an issue with thinner tyred bikes like mine than for mountain bikes. There were several tunnels in the mountains. Rarely were these illuminated. Most were short and survivable without decent lights but may not be elsewhere in Bosnia. 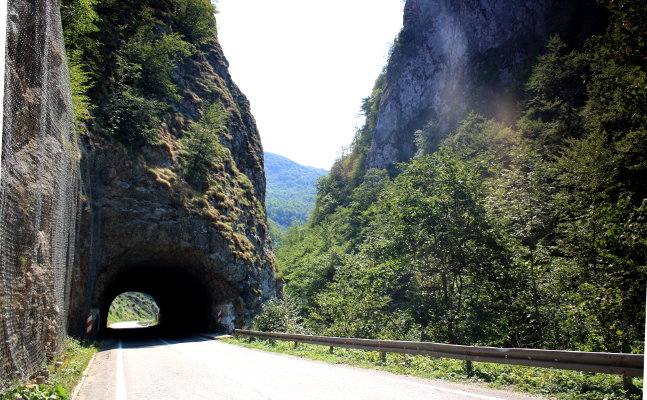 There are some campsites in Bosnia but none were on my route. I had four nights in hotels or rooms. My room in Sarajevo cost €25. The ones in smaller towns cost €14 and €19.

Food is cheap in restaurants. I recommend a meat burek. Beer is around €1 per pint.

Although I don't have personal experience of it, a good value (around €5 per person), eco-friendly option for camping near Sarajevo is Sarajevo Camp by Tent.

There are still some ethnic tensions. Although Serbo-Croat was the official language for the whole of Yugoslavia this language has now split into several official similar languages. Still, certain words are different in those languages and it might not be a good idea to use a Bosnian word in a Serb area or vice versa. It's safer to stick to foreign languages. German is probably more useful than English except with the young and/or in Sarajevo.

In this part of the world, people are likely to tell you that "those forrin folk just o'er tha' hill" will rob, kill and eat you. Smile politely and then ignore their, in this case well-deserved, xenophobia. Anyway, its neighbours are Montenegro, Serbia and Croatia.

Reasons To Go To Bosnia

Beauty, the fascinating and chilling recent history of Sarajevo, Sarajevo itself, good value, a chance to see a country that was for a long time off-limits.

Where Have You Written About Cycling In Bosnia?