France In A Nutshell

There's a reason why France is the UK's favourite foreign touring destination: it's close. But that aside, it's also excellent. You can choose exactly how you want to cycle and how much you want to spend. You can go flat or Alpine. You can eat self-filled baguettes and stay at cheap municipal campsites or dine out at Michelin-starred restaurants and bed down at 5-star hotels. However you do it and wherever you go you're unlikely to have a bad time. 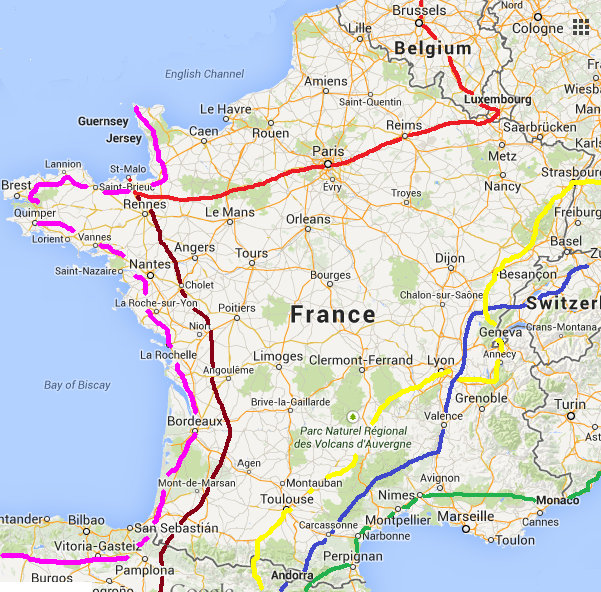 French weather, mmm. Don't assume it's going to be lovely. Your only safe bet is the far south in the middle of summer. During my 2015 and 2018 tours, I was drenched on a near daily basis.

France has whatever scenery you're looking for. The north and far west tend to be flat (but not entirely so) and throughout the rest there are mountains or big hills. If you want gorgeous scenery without the pain, try cycling beside one of France's rivers. 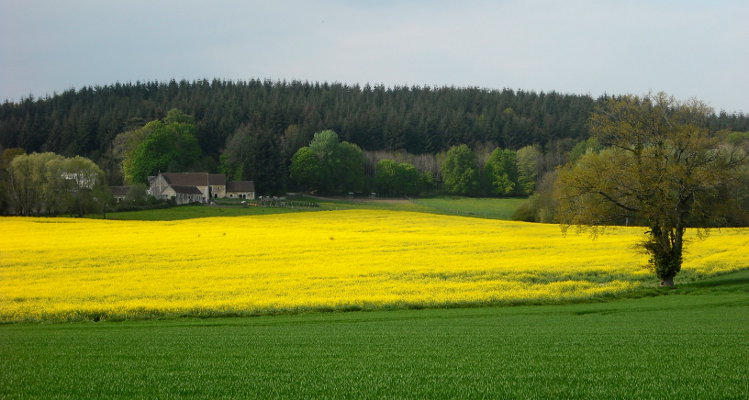 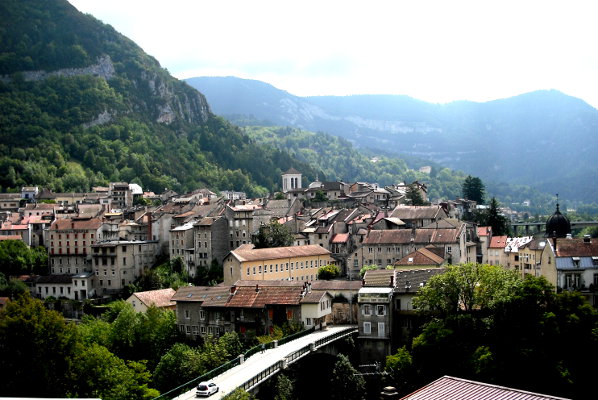 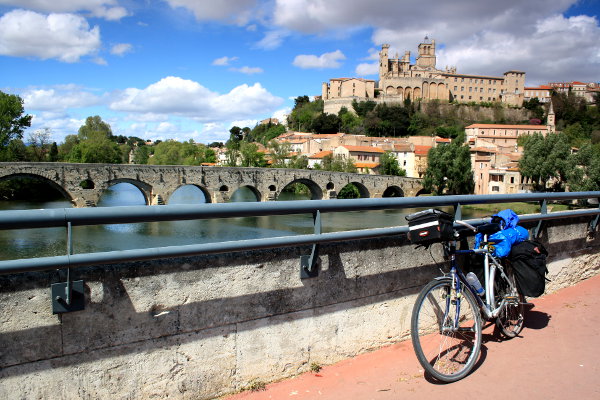 France has an exceptional network of roads. You want to aim for the quieter C and D roads. In 2018, I noticed that road surfaces have become a lot rougher than back in 2012.

French drivers are extremely courteous to cyclists, giving you a wide berth, although the amount of space they give you is reduced the closer to the south-east you get. Closer to Strasbourg, drivers' attitudes become a little more Germanic, which means they don't mind yelling at you if you're not on a provided cycle path, or even if there's no cycle path and the driver assumes there is one.

If you want a route into Paris from the west, you could do a lot worse than the D910 that passes the Palace of Versailles. Parts of it have a cycle path. Keep going until you hit the Seine. 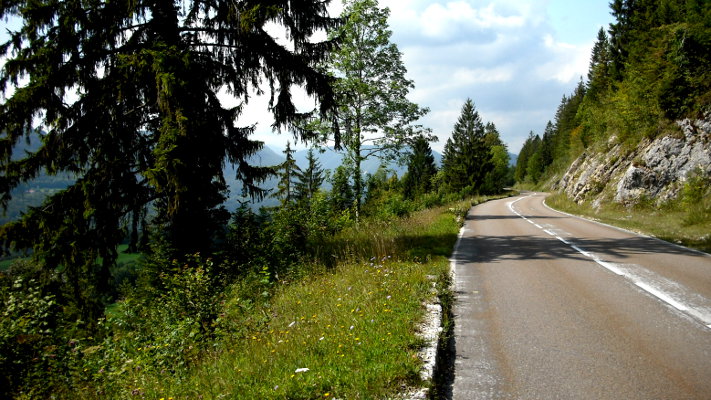 I'll split up the costs by region, as the south is more expensive than the north.

Back in 2011-13, in the north, if you exclude the expensive €23 for inadvertently and stupidly chosing the closest campsite to EuroDisney, the average of my other five sites was €9 (from €6 to €12). The only hotel outside of Paris was €34.

In the south, my ten campsites averaged €10 (from €5 to €16), although the price increased the closer to the south coast I got. My seven hotels averaged €43.

If you're on a tight budget and can't justify the outrageous bar prices for beer, then order a pichet (pee-shay) of wine (1/4 litre) for a few euros.

Despite what The Sun might tell you, and despite their reputation, French people are extremely friendly, but it really helps to start any communication in French no matter how weak your linguistic skills. Stumble badly over a few words of GCSE French and if they know some English they'll usually come to your rescue. Even better, learn a few useful phrases.

France offers such great cycling, why would you need to go anywhere else? Because you can. Right on its doorstep are (in order of ability to throw live goats from church towers) Spain, Andorra, Italy, Germany, Belgium, Switzerland and Luxembourg.

Reasons To Go To France

Have you got all day? The food, the views, the wine, the people, the quiet roads, the proximity to the UK (if you're British, that is), well-priced municipal campsites and, if you're very, very lucky, the weather.

Where Have You Written About Cycling In France?

"I cycled round the south west in 1989 and again in September 2015. Still used the same maps. Most unusual meal? Bread and water soup (with cheese), which a retired chambre d'hote farmer and his wife shared with me one evening when I turned up out of the blue. They didn't get many guests but still had the sign up. Interesting experience? At a hotel on the Viaur met a couple whose great-great-grandafather had been a boatman on the crossing before the bridge was built in 1869." Merv from Wellington

"We recently completed the Donald Hirsch London to Newhaven, Dieppe to Paris route along the Avenue Verte. It was our first tour to France and I would thoroughly recommend it. Looking forward to more touring in 2015." Anonymous