Moldova In A Nutshell

Moldova does countryside well, if gently, but generally doesn't do quite so well at towns, especially its traffic-clogged capital, Chisinau. In the south of the country, you'll find some of the quietest, most peaceful cycling in Europe.

For a small nation, it's also one of the most splintered. Transnistria, once extremely dodgy but now listed separatedly on here, has claimed independence since the early 90s. Gagauzia, a region of the south, might be next. 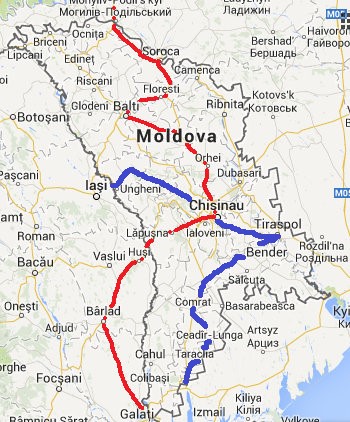 The UK Foreign Office suggests care is needed if you travel to Transnistria, the breakaway region along Moldova's eastern border. It still isn't recognised as a state by anyone (except another rogue nations), but it is cleaning up is act and worth a look. It now has a separate listing on here.

In Ungheni in 2018, I had an experience that I found literally incredible. My bank card was eaten on a Saturday afternoon, after the attached bank had already closed. I faced a weekend of fasting and wild-camping, but a member of staff still in the building and her English-speaking policeman husband got involved, the upshot of which was the bank's manager driving back sixty miles from Chisinau especially to open up the machine and return my card. I know for a fact that this wouldn't happen in the UK, for neither a local nor a Moldovan tourist. I was impressed, Victoriabank!

The country feels at times like a giant allotment where every inch of space in every garden is given over to growing vegetables. There is a lot of beauty to be had a few tens of miles north of Chisinau. 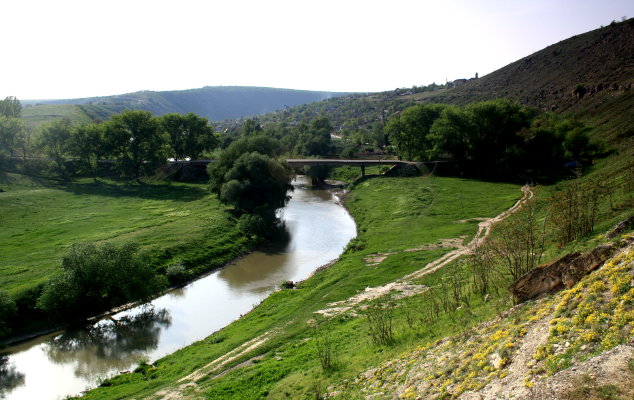 The south of the country, before and after Comrat, the capital of the Gagauzia region, has wide, traffic-free roads that often feel post-apocalyptic, in a good way. As I was on a mission to see some of Moldova's oddities, I was fairly certain cycle tourists were almost unheard of around these far southern parts away from the main road, especially if the nonplussed reaction from some of the people I passed was any indication.

Like Romania and definitely unlike its other neighbour, Ukraine, Moldova appears to be making some attempts to improve its roads. In 2018, the main ones were far less potholed than I remember from my visit in 2013. They are still often a long way from perfect, and the occasional stretch is comical, but on the whole things are on the up.

In many places but especially in Chisinau, road signs seemed to have fallen out of fashion. You will often find roundabouts with four exits and no clues.

At most times of day, except perhaps extremely late or early, or on Sunday afternoons, Chisinau isn't a very lovely place to cycle into, out of or around. 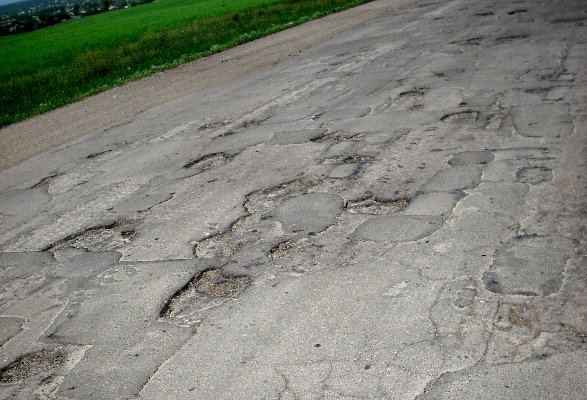 Previously I reported that Moldova had no campsites. However, in 2018 I saw one on the outskirts of Chisiniau but, pressed for time, didn't investigate further.

Even though the country isn't very big, it has a disportionately small number of hotels, not much more than a hundred for the entire country, almost always placed in the larger towns and cities. It's not the sort of place just to hope for something around the corner. Also, for the poorest country in Europe, the hotels that do exist are not as cheap as you might expect although still a bargain when compared to the UK. In 2013 my four hotels averaged €25 (ranging from €19 to €31). In 2018, my four hotels averaged €27 (ranging from €15 to €35, with the crappest room being the most expensive).

If you're hungry, wanting an easy option for dinner and in Chisinau, Balti or Tiraspol, check out Andy's Pizza, a chain that unusually for such a business model produces food that looks exactly like it does in its photo menu. They do lots of dishes other than pizzas too and it's all cheap enough, even if the service can sometimes be a little Soviet. (The Andy's Pizza in Ungheni appears to have closed down since I was there last summer. I don't know if that's a sign Andy's isn't doing too well.)

Learning a little bit of Russian will get you a long way. You might get some English out of the young but don't count on it.

Officially, you have Romania and Ukraine, but unofficially there's also the aforementioned Transnistria.

Reasons To Go To Moldova

Curiosity, for a nice, quiet ride and for the occasional example of exceptional customer service.

Where Have You Written About Cycling In Moldova?