Netherlands In A Nutshell

Come the World Government, the Dutch should run the Department of Cycling. Any town councillor who ever dreamt up an half-arsed, British cycle path and then came here for a holiday must have openly wept at his or her own incompetence. The end result for the Netherlands is a fantastic network of well-maintained paths and as a bonus the country gets a populace who are fit and to whom 'obesity' is just a word that applies to foreigners. 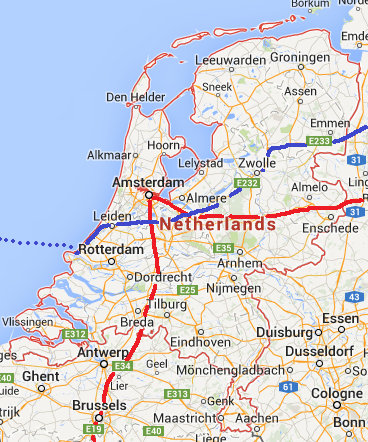 Scenery is difficult in such a flat country but you get plenty of flowers, prettified canals and the occasional windmill.

You won't be on a road. You'll be on a cycle path. And cursing your own government (unless perhaps you come from Denmark or Germany).

I don't know whether I caught Amsterdam at a bad time (it was a public holiday on a sunny Friday) but there seemed to be too many bikes. Additionally, motorbikes and shopmobility scooters are allowed on cycle paths and having three sets of punters all travelling at different speeds seemed like a recipe for, if not disaster, at least mild trauma. (I saw two accidents.) Maybe it's not always this busy. Or maybe it is.

Apparently bicycle theft is a big problem in Amsterdam. The locals have bike locks that look more like the sort of chain you'd use in a stage show that featured live velociraptors. Be careful.

Below, by the way, is a cycle path - not a road - that runs on the west coast north of The Hague. Due to prevailing winds, it's better to be cycling northwards. (I wasn't.)

The network of paths include numbered routes. Basically, every now and again you'll come across a large map from which you find the number you need to be following. 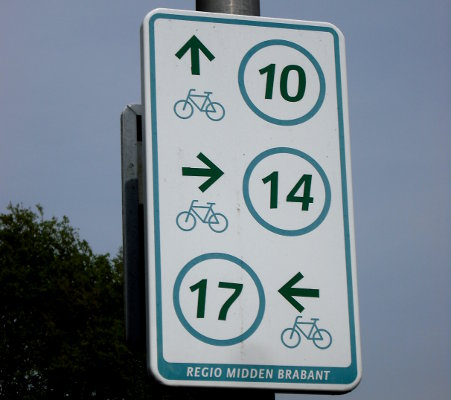 Everyone in the Netherlands speaks 15 different languages. Of course, that's an exaggeration but almost everyone under about 50 speaks English better than you do. Those older than 50 may substitute German as a second language.

Germany and Belgium. That is all.

Reasons To Go To The Netherlands

Where Have You Written About Cycling In The Netherlands?