Poland In A Nutshell

Poland is a large country and I've only seen two small regions, both impressive in their own way. And Warsaw is worth visiting but Krakow is the bigger star. 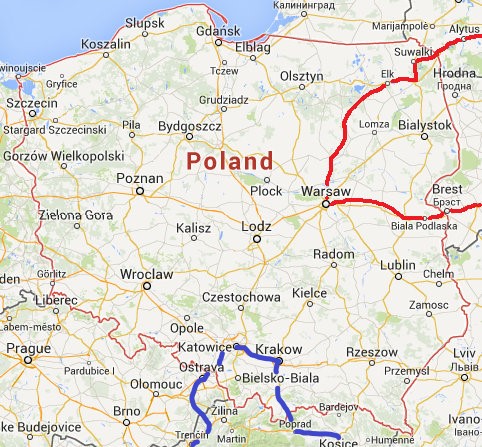 The east of Poland is flat, which doesn't make for great scenery, but the woods and lakes around Pisz in the north-east were attractive. The route south from Krakow takes you into Poland's skiing region with some utterly gorgeous mountains.

Polish roads have the same flaws as British ones: Decent shoulders are in short supply and if a road is narrow it is sure to have unnecessary traffic islands to push the cars even closer to the edge. Cycle lanes are often very British too, disappearing just when you need them the most. Also like the UK, drivers come too close for comfort, although this was more noticeable in the east than the south. On the route to Warsaw there are frequent No Cycling signs but without any alternatives. Trying to penetrate Warsaw from the east isn't a pleasant experience. I had no such problems in Krakow. 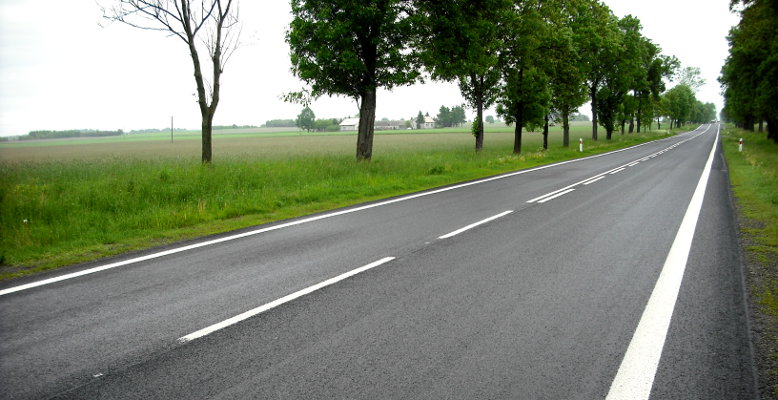 Poland is a relatively cheap destination. In 2013 my two campsites averaged €4 (€3 and €5). My two freely chosen hotels averaged €27 (€24 and €29) but my real average was inflated by having to duck into a posh place out in the sticks during a persistent monsoon and my hotel in Warsaw on a day that saw opportunists upping their prices because Beyoncé was in town. In 2018, a campsite on the edge of Katowice cost €6 while the one within walking distance of the centre of Krakow was €9.50. My only hotel in 2018, a very pleasant one in Nowy Targ, cost a very reasonable €18.50.

Everyone in tourism spoke English but, given its proximity, German is probably useful too.

Poland has a whole host of neighbours: Germany, Czech Republic, Slovakia, Ukraine, Belarus and Lithuania. It also borders a bit of Russia, the Kaliningrad exclave.

Reasons To Go To Poland

Cost, history, pleasant lakes, some great cities, to confirm that the UK doesn't have a monopoly on badly designed roads.

Where Have You Written About Cycling In Poland?

"Me and my wife cycled through Poland in 2012, entering from Lithuania and bypassing Warsaw to the east on minor roads, then following the Wisla (again on minor roads in the main) to Krakow. We had a wonderful time and found no problems with the roads whatsoever. (I used Michelin 1:300,000 paper map) and the precise route is here. En route through Poland we were also treated to marvellous hospitality. If we weren't able to find a campsite, I often asked in small villages if there was 'anywhere nearby' to put up our tent for the night. On all occasions we were shown to a place, and on several we were invited to camp in people's gardens or even stay in their houses. I've toured in many places throughout Europe and Poland (along with Hungary, Serbia, and Turkey) is 'right up there!' :-)" John

"I rode through Poland in summer 2013. I did not enjoy riding there because many of the rural roads ended and then I'd be forced to backtrack and ride a main highway with non-stop truck traffic, all coming way too close. Rode then to Oswiecim to visit Auschwitz. I camped at this fantastic place in Oswiecim, Center for Meditation and Prayer, big grassy area next to the main building (rooms were available) for only $10 USD a night with shower facilities. There was free WiFi inside the main building as well as restaurant. Great place to camp!" Len DeMoss

In Search of the Long Legged Blondes of Eastern Europe
This link takes you to Len DeMoss's first day in Poland in 2013.