Romania In A Nutshell

Crossing the border into Romania is the point at which Europe starts to get a little bit bonkers. Things will happen that don't happen elsewhere. Some of these things will be amusing and some might kill you. Expect to be chased by dogs. 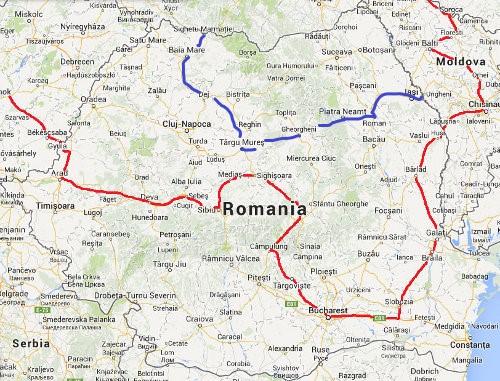 Romania has a lot of dogs on the loose and they just love cyclists. Don't think that they are limited only to the countryside. I was chased by a pack of them through the streets of Bucharest. Unless I could easily outrun them, I would stop the bike, jump off the bike and stare at them while yelling. None of them wanted to take it any further.

Oh yes, and there are bears. Obviously not in Bucharest. You probably won't see one but there are more here than anywhere else in Europe. Keep that in mind if wild-camping.

Romania has some nice, if sometimes desolate, countryside and some god-awful towns. Occasionally you'll find a lovely town - like Sibiu, Sighisoara or the north's Baia Mare - in which case you should treasure it.

The north has some dark, dense forests that, rightly or wrongly, will set off your internal bear alarm. I saw thousands of those ursine little buggers that later turned out to be tree stumps. Recent bear attacks near Praid mean that you cannot discount them entirely though.

Occasionally its countryside will take your breath away. The Bicaz gorge - best cycled west to east - was one such example. 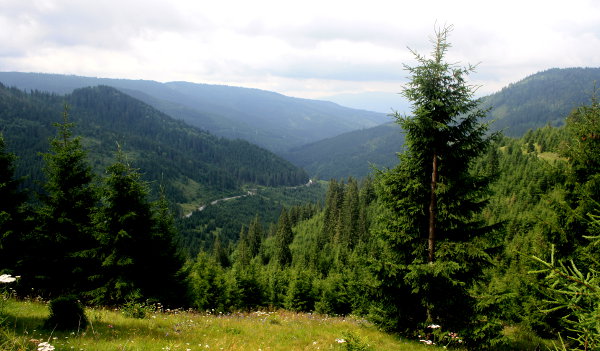 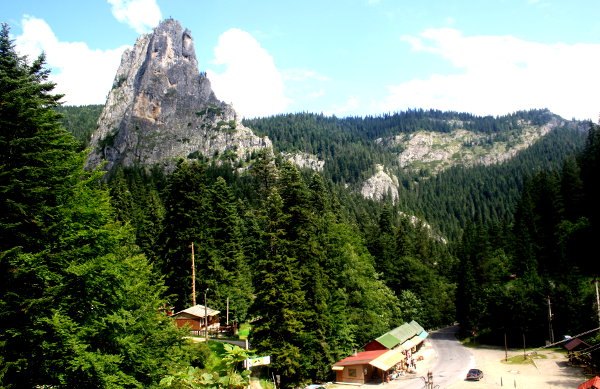 Since my visit in 2018, I'm confused by Romanian roads. Either there's a massive difference in quality between north and south or there has been a huge road-building exercise carried out in the last five years. Cycling in the north in 2018, the roads were good and I didn't come across any ropey old lanes and few potholes.

Just in case I got lucky this time, here's what I wrote about their roads from my 2013 experience:

Here we go. You need to imagine the Romanian road map. There are red roads - the equivalent of A-roads - and yellow ones. The red roads are often heaving with very fast traffic. Yellow roads are of a ropier quality but are quieter and some of the nicest cycling in Romania. Unfortunately there aren't many of these.

Romanian maps also have a vast network of tiny white roads. You really need a mountain bike to cycle on them, especially after a bit of rain. They can be badly potholed, or soft dust, or mud. This is a typical one: 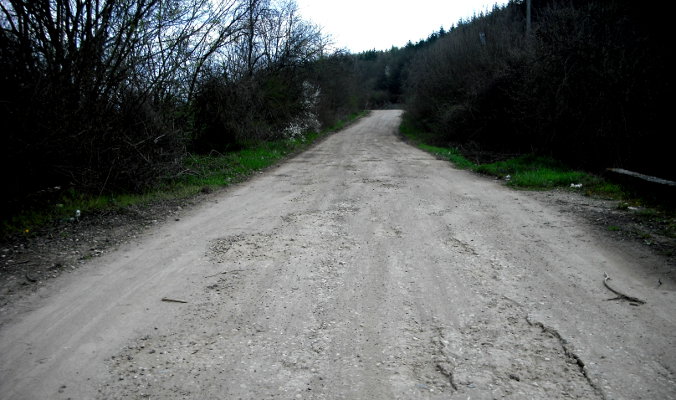 And what's this, you might be asking, a track in a farmer's field? No, this is a road that appears on the 1:500,000 scale map of Romania. After a heavy storm this wouldn't be passable on any kind of bike. 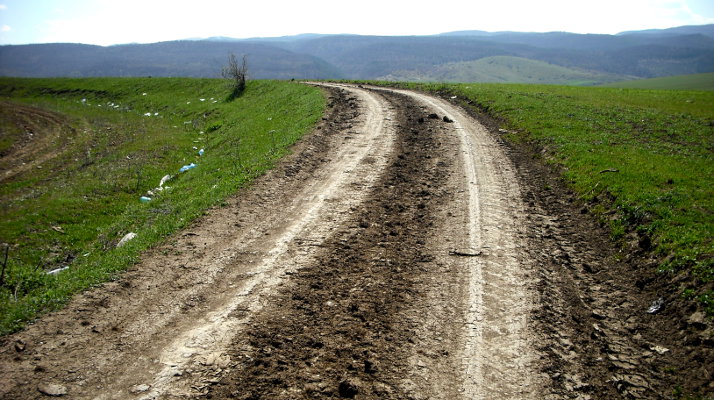 If you know the truth - whether the roads are generally good or bad, improved or not - please get in touch.

Romania has campsites liberally scattered about the place but few were on my route on either of my visits.

Restaurant prices are reasonable. A schnitzel and chips, a tomato salad and a beer came to €6.

People occasionally speak English or sometimes German. Romanian, as its name suggests, is a Romance language and so if you know French, Spanish, Portuguese or especially Italian some words might look familiar.

Just because you have no common language with a local, this won't stop them striking up a conversation with you. There are some very friendly people here.

Loads. Ukraine, Bulgaria, Hungary, Serbia and Moldova. If entering Ukraine, check beforehand that your border crossing allows bicycles. Not all of them do.

Reasons To Go To Romania

Attractive scenery, the odd pretty town, cost, to live life as close to the edge as Europe will allow, to get eaten by dogs or bears.

Where Have You Written About Cycling In Romania?

What Others Say About Romania

"Went though Romania on my biking tour from Denmark to Nepal in 2009.....and yes you will be chased by dogs in Romania. Crazy stuff." Marianne

"The 67C is the Transalpina Pass, which is the highest pass in Romania, at 2,145m even higher than the Top Gear Transfagarasan. The Transalpina takes you into Transylvania. It's a nice, challenging climb and is pretty quiet. I loved the cycling in Romania. It's a fascinating country." DaveFY7