Ukraine In A Nutshell

Like a training ground for Russia, Ukraine isn't anywhere near as bad. Yes, the roads are embarrassingly awful but there's something about the weirdness of Ukraine that's endearing. Just be careful how far east you go and keep an eye on the current situation.

If you want an entertaining grasp of Ukraine's past and present, check out the wonderful Borderland: A Journey through the History of Ukraine by Anna Reid. 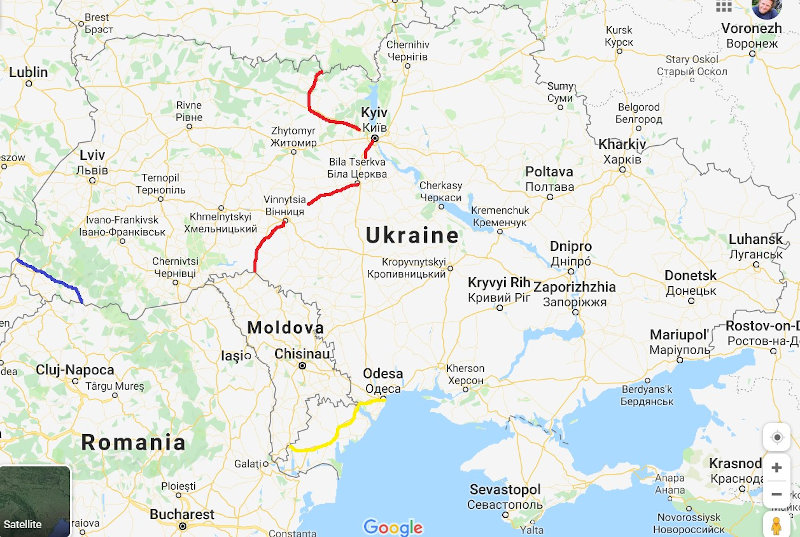 As of September 2019 the UK Foreign Office still warns against all travel to Crimea and the east of Ukraine. There was no obvious evidence the country was at war during my visit to western Ukraine in the summer of 2018.

Also, when planning your route, bear in mind that by European standards Ukraine is huge, only exceeded in size by the European portion of Russia.

Important: Ukraine has some weird rules regarding its borders. Some crossings are simply not open to cyclists and I've no idea why. Cycling in Slovakia's east, I headed on the main road with the hope of reaching Ukraine's Uzhhorod that evening. I was turned back and told I had to cycle another twenty miles south to cross at the more remote Vel'ke Slemence. Bear this in mind when planning your entry into Ukraine.

Going from south to north, the countryside starts off mildly bumpy and gets flatter the further north you go. Nothing of the scenery in Ukraine will knock your socks off (except perhaps the mountains in the far west but I haven't been there yet) but the public displays of drunkeness will sometimes provide amusing scenes. The Budjak region - the Black Sea coastal lump south of Moldova - is mostly flat and sparsely populated. 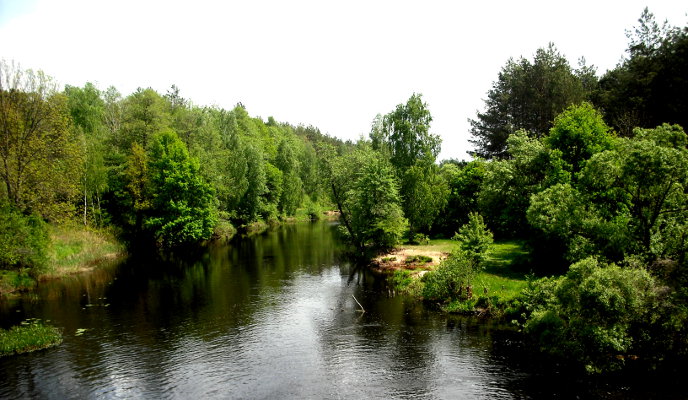 Ukraine's roads look like they were scatterbombed some time in the 70s and then just left to rot. They are, to be blunt, shit. If there were ever a world expert on potholes, he would be Ukrainian.

While in Prague I met a young Ukrainian. I told him I would be cycling to Kiev. He laughed in my face and said, "That's stupid. Nobody does that." And he was right. They don't. But this is the biggest thing in your favour. As an oddity, the drivers might find you an interesting diversion rather than ploughing into you at seventy miles an hour. I say might. One nearly took me out. Generally though, away from the big cities, traffic was light.

Road conditions in Budjak were mostly better than what I saw elsewhere. 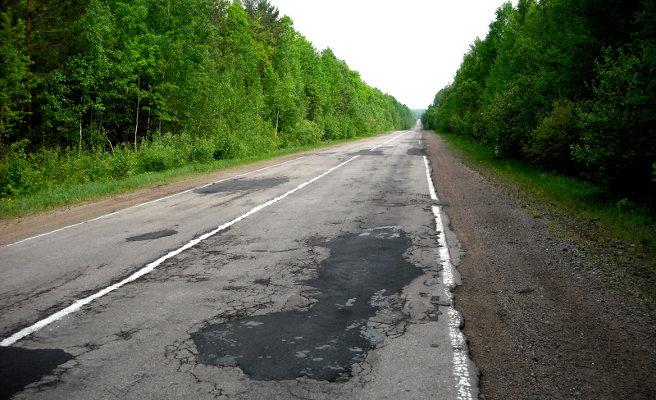 It's hard to give a guide price for Ukraine. On my first day there in 2013 I got the cheapest room of that entire trip for €8. On the other hand, I struggled to find any room at all in Kiev and when I did it was €52. The other four hotels I stayed at on that visit ranged from €22 to €28.

When I returned in 2018, the average hotel price was €19, ranging from €12.50 to €30. This included a lengthier than expected stay at a place in Odessa, a city well worth visiting.

If you're in a decent-sized town and want a treat or, more accurately, an experience, check out its disportionately large, hideous concrete monster of a former Intourist hotel, a hangover from Ukraine's Commie days. Don't expect anything in your room to work but you can pretend to be a spy and imagine the nefarious undertakings that happened within its cigarette smoke-infused walls.

Food is cheap and usually very tasty. Beer could be had for less than €1 per pint outside of Kiev.

As you can probably sense from what's happening in Ukraine, there's a section of the population that's very pro-Russia and another that feels the opposite. Therefore, attempting a few words in Russian might be worse than nothing at all. I got one snotty look from a checkout girl when I tried some Russki but maybe she had the 'dekoratori' in. Everyone else seemed fine with it.

It would really, really help you if you learnt the Cyrilic alphabet or at least took a cheat sheet. It's surprising how many words that look like Martian make some sort of sense when you just translate the letters. It's also a good idea to learn a few generic foody words - like chicken, soup, potato, etc. - if you plan to eat in restaurants. And you should. The food was always tasty and very cheap.

Reasons To Go To Ukraine

Something approaching a 'Russian' experience without the need for an expensive visa, cheap, tasty food, giveaway beer, very friendly people (well, the ones I met anyway).

Where Have You Written About Cycling In Ukraine?