United Kingdom In A Nutshell

The UK has some glorious if desolate landscapes but generally it's an overcrowded island with badly designed roads (from a cyclist point of view) with vast conurbations loaded with identical towns full of identical shops and millions of drivers who hate you. 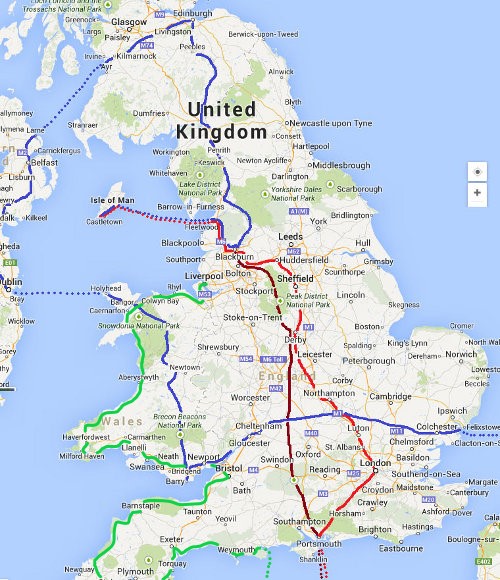 If you want a pleasant ride, and you probably do, there's no country in Europe that requires you to choose your route more carefully. An awful lot of the UK - especially the south east, the Midlands and the north-west - is just horrible to cycle. Good choices would be the mountains of Wales - especially north Wales - almost the whole of Scotland, the Lake District if you avoid the main roads, most of Yorkshire, the Peak District, Devon and Cornwall (and probably Northern Ireland but I don't know it too well). There are one or two other spots too. 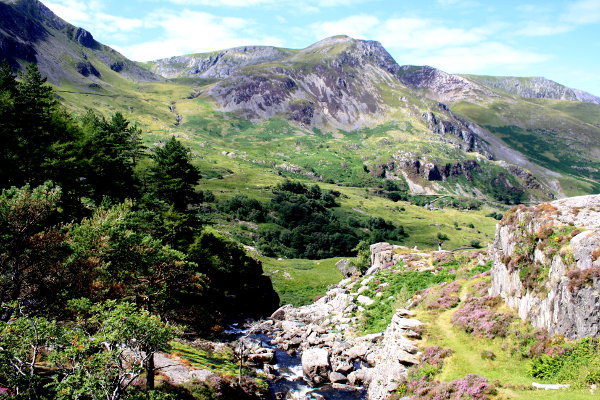 Ignoring motorways, the UK has three types of road: slow, traffic-clogged town roads with the ever present danger of a car door opening in your face, stupidly fast main roads with little to no shoulder, and narrow country lanes. None is great for cyclists because almost all have too much traffic on them.

Don't worry though because the UK has lots of cycle paths. Unfortunately they are uniformly rubbish, either disappearing just as you need them the most, or forever criss-crossing the road beside which they run, or having you stop every 50 metres to give way to a side road. In the end, you return to the road after which you will be screamed at by a purple-faced driver or his passenger who is processing his anger on his behalf just because it's something he likes to do.

British drivers like to get close to cyclists. It's a measure of how well they drive. If they can clip your handlebar with their wing mirror they score 5 points. If they collect 100 points they win a free copy of the Daily Mail. In other countries (except Russia) drivers realise that bikes are wobbly and prone to turn at short notice to avoid, say, a nail, a bee or a discarded condom. Not here.

Often on cycling forums, those new to touring dip their toes into a thread and wonder if a certain place, usually somewhere in western Europe, is safe to cycle. The answer is yes. If you've cycled in the UK and survived, the only place in Europe that should worry you is Russia and the busier bits of Romania. Everywhere else in Europe has better roads, or larger roads, or larger shoulders, or better drivers, or fewer drivers. 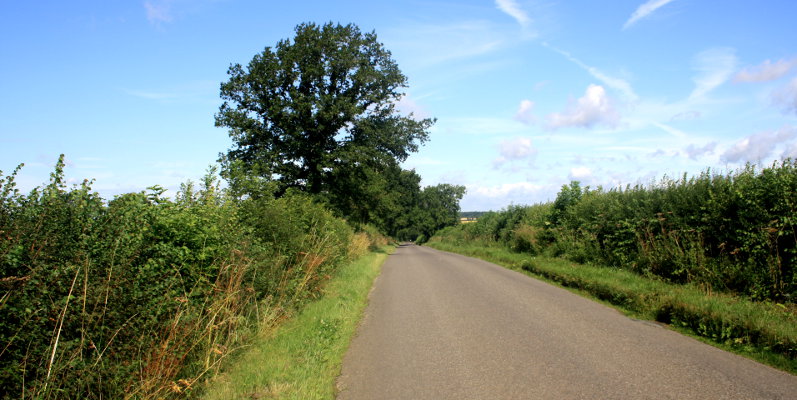 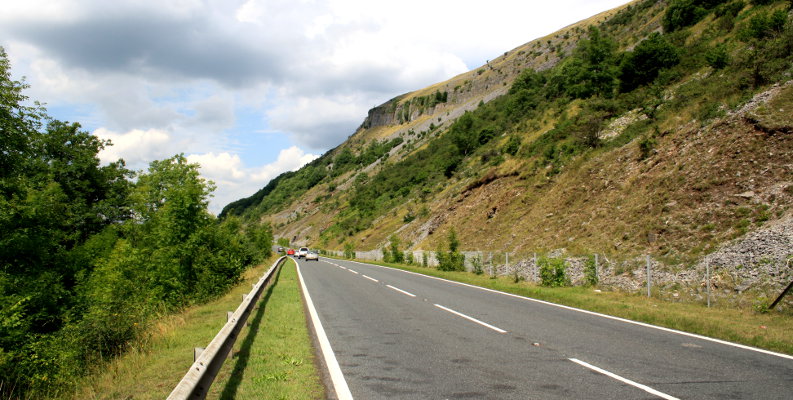 Hotels are expensive in the UK. Fortunately there are a lot of campsites. However, for some odd reason, their cost seems to be governed by a random number generator. The thirteen campsites I used in 2011/13 averaged £8 but ranged from £2 on a lovely little site in Troon to £15 on a Northampton site the size of Kazakhstan with loads of facilities, all of which were closed. My four hotels averaged £51 (ranging from £40 to £70).

Price update: I have more recent information following my five-month British tour in 2016. Campsites started from £5 (Cornwall) and the most I paid was £24 (Dorset). One place in Harrogate wanted £35 but I declined. Scotland was cheaper than England. The most expensive area was the south-east but fortunately there aren't many reasons to cycle there. Look out for Camping and Caravanning Club sites, which are much, much cheaper than Caravan Club sites. If you want to camp not a million miles from London, use the Abbey Wood site near Woolwich, which was £18.

Food in restaurants is probably a little more expensive than is the case in most of western Europe except Scandinavia and Switzerland although food in supermarkets is often cheaper. Larger British supermarkets also have more variety than those in any other country in Europe. Britain's ethnic diversity means that what can't be obtained from a supermarket can be bought from a local, ethnic grocer if you're in the right part of the country.

Alcohol is more expensive than anywhere in Europe again except Scandinavia and Switzerland, especially when it is purchased in a restaurant rather than a pub.

Everyone speaks English. The Welsh that speak Welsh can also speak English. Some people can also speak a foreign language but they are regarded as supernaturally gifted, weird or a bit of a tosser.

Reasons To Go To The United Kingdom

North Wales, Scotland, the Lake District, full English breakfasts, British-style kebabs (the ones made from an elephant's leg rather than compressed meat pieces), bacon sarnies from roadside vans, London and its live comedy.

Where Have You Written About Cycling In The United Kingdom?

"I spent a few months cycling around the north east coast of Britain back in 2006. There weren't as many cycle paths then, but thankfully they are improving. I have an e-book out on Amazon about this few months' cycling, busking and wild camping: At Home In The Bushes" Thompson Crowley

As a UK resident cyclist I'd like to be able to disagree with you but I can't. Everything you said about riding in the UK is unfortunately true.

Love it and agree England is rubbish for cycling. A big shame because it’s a beautiful country. I find the best thing is to pretend you’re the size of a car and the drivers give you more room, you may get the occasional horn hooting at you but at least you know they’ve seen you!!!

Harsh, but fair. In fact, I think you're probably being a bit generous. Drivers here are utter psychopaths. I hate them with a passion.

I could tell you what part of the UK is good for cycling but I want it to stay that way.

Hi. Any reason why you don't mention wild camping for your UK chapter? Thanks

Hi Mario, Yes. Because I've never done it. The only time I tried was at the beginning of our £1-a-day adventure and we cycled for hours unsuccessfully looking for somewhere suitable. In the end, we asked a farmer if we could camp in his field, as we did the whole way through the UK part of that trip. I think they probably said yes as often as they did because we were doing the ride for charity. England has too few wild spaces and you just know that with the mentality there, if someone stumbles upon you then they'll probably call the police. Fortunately for wild campers in the UK, the police are so underfunded they probably won't come to arrest you. That said, people *do* wild camp in England and so it's definitely possible. Very soon I will be visiting Scotland again and I hope to wild camp, where there's a little more room to breathe and so, if I learn anything useful, I'll add it to the page.